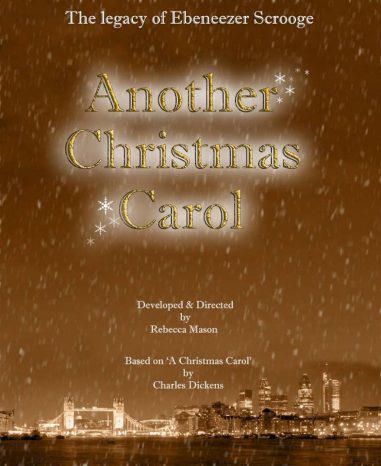 Another Christmas Carol is a retelling of the Charles Dickens classic, framed as a modern-day romantic comedy.

Ellie Marchland is a rich and successful corporate lawyer. She’s also ruthless – she’d sacrifice her own grandmother if it meant completing a deal.

When working late on the takeover of a northern family-run business by a ruthless multinational (no guesses as to which she works for) she receives a visit from the spirit of her Great Great Grandfather — one Ebenezer Scrooge, who informs her that she’ to expect a similar experience to the one he encountered many years ago. Sceptical at first, she receives three familiar looking visitors who warn her of a terrible fate unless she learns to do the one thing she seems incapable of doing: love.

Another Christmas Carol features some fab comedy, two seasonal song and dance sequences and roles for men and women of all ages.