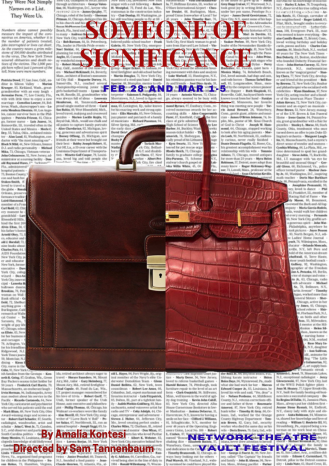 “People are so far away from one another
And, very often, the people who are the furthest apart
Are those who love each other.”
– Rainer Maria Rilke, Kismet

Is all fair in love and war?

Someone of Significance follows the relationship of Rosie, a prominent left wing politician, and Brad, the CEO of a multinational corporation who have nothing in common but their love for one another.  It explores the beliefs and structural barriers that keep us apart and the irresistible need for connection that brings us together.