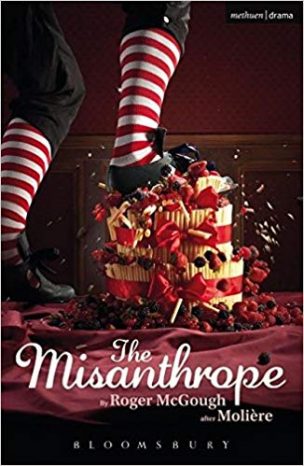 Postponed due to COVID-19 Please check back for regular updates

By Roger McGough (after Molière), directed by Jenny Fox

Affection I can endure, affectation I abhor.  Empty phrases, meaningless gestures of faked good-will.  These affable dispensers of embraces make me ill.

Disgusted with French society where powdered fops gossip in code and bejewelled coquettes whisper behind fans, poet Alceste embarks on a one-man crusade against fakery, frippery and forked tongues.  But could the woman he adores be the worst culprit of them all?  And in this rarefied world will his revolution prove merely revolting?

Considered by many to be Molière’s best work, The Misanthrope was first performed in 1666 in Paris by the King’s Players.  Following the huge successes of Tartuffe and The Hypochondriac, master wordsmith Roger McGough once again dips his quill into a Molière classic in this mockery of manners and morals set amid seventeenth-century French aristocracy and written in verse.